Warning: Use of undefined constant fss_widgetOption - assumed 'fss_widgetOption' (this will throw an Error in a future version of PHP) in /homepages/36/d262899048/htdocs/TheGadget411/wordpress/wp-content/plugins/feed-subscriber-stats/feedsubstats.php on line 164
 Blackberry App World 1.1.0.11 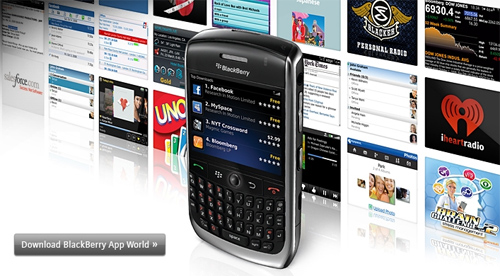 RIM has turned BlackBerry App World version 1.1.0.11 loose on BlackBerry faithful and with it comes a few notable improvements – but none quite as notable as its shortcomings. Rumors had been tossed around earlier this week suggesting App World 1.1.1.0.11 would allow users to download apps and install them to memory cards as opposed to internal memory. Considering how anemic most BlackBerry devices are when it comes to device memory, the move would have been a huge one on RIM’s part. Yeah, not so much. The actual feature new to 1.1.0.11 is simply the ability to archive an app. These archives can be stored internally or on a memory card so that, in the event the user wishes to reinstall an app again, he or she can do so quickly and easily. Great. Other new features include a bunch of bug fixes, faster icon loading, available memory display and a separation between top free and top paid apps.