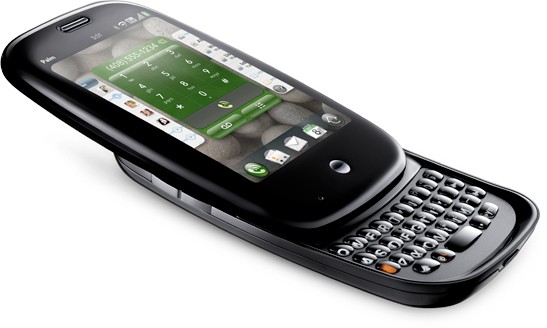 “The new Palm Pre phone will be here June 6, starting at $199.99 on the Sprint network (after rebate and service agreement). “

Sprint could be announcing the launch date and price of the much anticipated Palm Pre Tuesday, according to various Web reports.

Last week, the blog Boy Genius Report cited a “proven tipster” who said that Sprint was working with The Wall Street Journal’s tech columnist Walt Mossberg to release the details of the launch and pricing on May 19th.

And on Monday the Web site Brighthand.com reported it has heard that Sprint Nextel stores have already sent at least one Pre to every store to get employees familiar with the device. Large shipments of the Pre haven’t come into stores yet, the story says. But it appears stores are gearing up for the launch, according to Brighthand.com.

Palm announced the hot new smartphone in January at the Consumer Electronics Show in Las Vegas, but both Palm and Sprint Nextel, which will be the exclusive service provider for the device, have been mum on details about when the device will launch or how much it will cost.

Rumors and leaks from retailer Best Buy indicate that June 7 will be “Pre Day” and that the device will sell for $200. But these details haven’t been confirmed by either company.

The Palm Pre will be the first phone to use Palms new WebOS, and many people believe it could give the popular Apple iPhone a run for its money both in terms of hipness and sales.

The new device, which has a sliding keyboard and multitouch key screen, has an operating system is designed for multitasking. It will also come with 8GB of storage, Wi-Fi, Bluetooth, GPS, and a 3.0 megapixel camera.