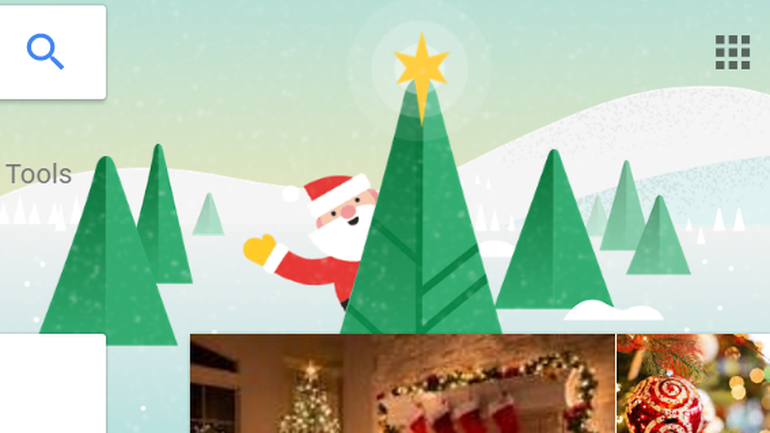 We all celebrate special holidays in our own style and do everything to make it pleasant as well as memorable. Every year we come up with new modified plans to celebrate these holidays in a more memorable and exciting way than the previous years. And this time Google even came up with their new invention to celebrate every holiday in a special way with the whole world. Google has decorated special pages for holidays which people can see by typing Christmas, Chanukah, or Festivus in the search box. It is the sweetest way that Google made to celebrate each holiday specially and universally.

After going in Google.com, you just have to type the festive name, as for example Christmas, Xmas or Noel. You will see the result page to be beautifully decorated in a holiday mood or pleasure for the day when the birth of Jesus Christ is celebrated by Christians. The scene which appears is wintry and has a subtle blue sky with a landscape that is covered by snow and marked with evergreens. A cheerful Santa Clause peeps out from the back of one tree and waves his yellow mitten covered hand as the snowflakes were falling. The tree of the Santa possesses a pretty star on top which is similar to the Bethlehem Star.

If you type ‘Chanukah’, ‘Chanukkha’, ‘Hanukkah’ or any more varied spellings like this, then the resulted page will show you a scene that has a night sky of royal blue color possessing the Star of David along with a visible carousel. It also has a candle stick that has flickering nine candles. It produces an orange-pink, warm glow in the visible scene.  However, the Jewish holiday of eight days began on Saturday night. Like this way, Google says ‘Happy Chanukah’ to the worldwide people.

Coming to Kwanzaa festival, Google also has its special page to wish people universally. You have to type ‘Kwanzaa’ in the search box of Google. After that, it will take you to a designed page that has a background of orange color. There is Kwanzaa kinara with one black, three red and three green burning candles. The candle black in color is symbolizing the African people. The red burning candles are indicating their hardships and the green ones are depicting their expectations. This holiday of long week is starting on Monday, celebrating its 50th anniversary.

Google has also designed the results page of the imaginary holiday, Festivus. ‘Seinfeld’ has been the inspirational source for this holiday. After typing ‘Festivus’ in the search box, in the same way a beautiful page will appear. The page will show an aluminum pole longer in length that is coming down from the left. This fictitious holiday happened on Friday and it involved Feats of Strength and Airing of Grievances. Each holiday is important for everyone in the Universe as it holds significant place in the minds of worldwide people. You celebrate it in your own way and now Google came with their way to make it more cheerful.