Warning: Use of undefined constant fss_widgetOption - assumed 'fss_widgetOption' (this will throw an Error in a future version of PHP) in /homepages/36/d262899048/htdocs/TheGadget411/wordpress/wp-content/plugins/feed-subscriber-stats/feedsubstats.php on line 164
 The Apple iPad Tablet 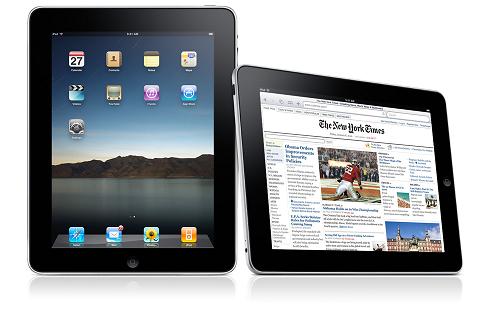 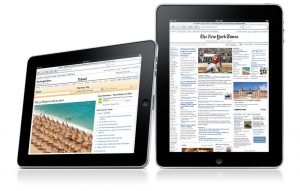 The Apple “ iTablet” finally got its name and image today at Steve Jobs keynote.  The iPad is official. The Hype has been a long time coming but its finally here!

The iPad is a half-inch thick and weighs only 1.5 pounds, with a 9.7-inch capacitive touchscreen IPS LCD display.

it’s running a custom 1GHz Apple “A4” chip developed by the P.A. Semi team, with a 10-hour battery life and a month of standby.

The iPad comes built in with a 30-pin Dock connector a speaker, a microphone, Bluetooth, and 802.11n WiFi, and an accelerometer and a compass as well.

There’s also a keyboard dock, which connects underneath in the portrait orientation. The device can be synced and managed by iTunes.

Activations and cancellations  are handled on the iPad, so you can activate and cancel whenever you want.

Every iPad comes GSM unlocked, so you can use it with your favorite carrier..

Keep it to The Gadget 411 for more info! 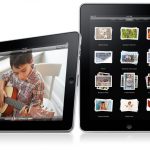