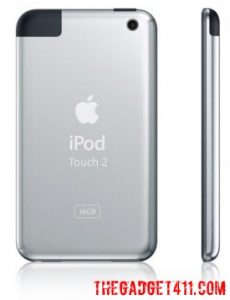 Technical difficulties could delay the camera-equipped iPods widely expected at the Apple event on Wednesday, according to sources cited by AppleInsider. The unnamed source says that Apple is facing problems with the production of new iPods, more exactly with the camera hardware.

apple ipod camera
Apple’s iPod family
Apple is expected to introduce camera-equipped iPods at the special event, although, as usual, Apple did not disclose any information about what will be unveiled. However, photos of third-party iPod touch and nano cases sporting a camera hole have been doing the rounds online for a few months now — which led us to believe that Apple is indeed putting cameras into iPods.

But according to a report from AppleInsider, not everything is rosy in Apple land, because the Cupertino company is having technical problems putting cameras into iPods. Hardmac carries a similar report, which suggests the problem lies with the iPod touch camera module. Both publications say that this could mean the new iPods won’t hit the market this September.

If all the speculation about photo-equipped iPods is true, then we will most likely see 3.2-megapixel-camera-fitted iPods — basically the same image sensors found in the current generation iPhone 3GS. The iPhone 3GS’s camera features autofocus and video recording capabilities, but no flash is present. The software on the 3GS can also trim movies captured with the phone’s camera and upload them on YouTube.

The iPod classic, Apple’s only remaining hard-drive based music player, is not expected to get a camera upgrade. On the contrary, rumors suggest that Apple will drop the hard-drive based iPods, in favor of an all-flash memory lineup, just like Microsoft is doing with its current line of Zune players.