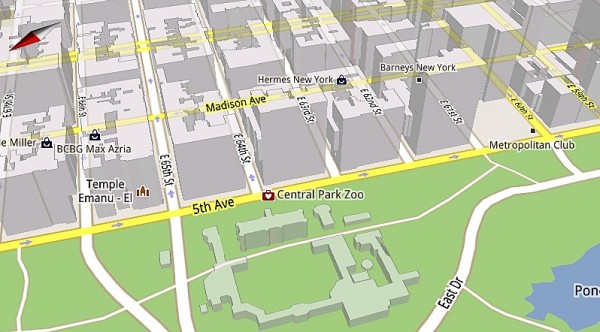 Yes, the news is correct, Google has unveiled the latest update for the Google Maps to be used on Android supported devices. The first preview of the update came in May at I/O. The new update is available on Play store for updating. The latest version of the Google Maps work with equal efficiency in both tablets and smartphones, it has all the terrific qualities which is Google known for and what had made it consumers favorite. The new Google maps update has aesthetic design and has given a refined touch and provided cleaner fonts, sophisticated information buttons, map view with a search box, a little menu button, lesser buttons and icons which make it even more user friendly than its predecessor. There is also a button which will help you center your view on the desired location. Not only this it has made searching information pops lot easier by swiping it left to right between alternate routes and info cards.

If you want to use the updated version of Google map on your tablet, you will come across a different interface from your Smartphone and it is cleaner. The tablet version of the updated Google map resembles to the one release at I/O called Google Maps desktop beta. The different version of updated Google maps is devised so that it can adjust according to the screen and give a better experience to prove this, it has provided grid of cards for swipe able information at the bottom of the interface. To make it more appropriate it has options which only appear when you search. The layout of updated Google map version is very similar to the desktop version. It has an advanced zooming system which makes reading road and location names lot easier. Google has used 5 point scale in place of 30 point scale for rating this up dated Google map version. Google announced that Waze (navigation application based on community related traffic) is not integrated with upgraded version as it was purchased by Google only last month. In this latest version of Google maps you can get guides to help you locate your favorite food joint nearby, which is powered by Zagat. This is very helpful for people residing in a particular city and also to the people on the move as both of them can get to know the famous local places in the city as rated by the users. Google maps updated version has lot to offer which makes it completely indispensable for example it can tell you about the alternate routes you can adopt and what are the traffic issues that are making it tough to travel on the current route via easier to read format. Moreover to this it can also redirect you if you face some problem on the current route. This latest version of Google maps is bereft of one of the most important function that its predecessors had, which is offline maps. But you can save the cached version of the current visible map area and keep it for future use.