Warning: Use of undefined constant fss_widgetOption - assumed 'fss_widgetOption' (this will throw an Error in a future version of PHP) in /homepages/36/d262899048/htdocs/TheGadget411/wordpress/wp-content/plugins/feed-subscriber-stats/feedsubstats.php on line 164
 iOS 4.3 Brings Multi-Touch To The iPad

iOS 4.3 Brings Multi-Touch To The iPad 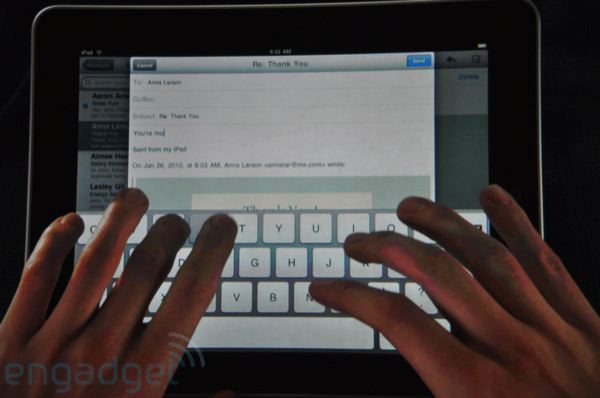 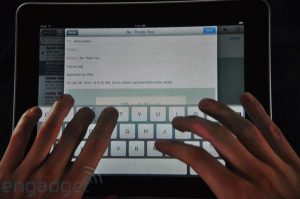 Specifically, iOS 4.3 introduces a capability that Apple calls “multi-touch”. That’s a short way of saying that iPad users will be able to utilize all of their digits when interacting with the iPad’s touch-screen interface.

For instance, users will be able to go directly to the home screen by making a pinching gesture that employs all five fingers.

“This beta release contains a preview of new Multi-Touch gestures for iPad,” Apple said in a note on its developers Web site.

“You can use four or five fingers to pinch to the Home Screen; swipe up to reveal the multitasking bar; and swipe left or right between apps. We are providing this preview before releasing them to the general public to understand how these gestures work with your apps,” Apple said.

With the multi-touch capability in place, Apple plans to eliminate the physical Home button on the next-generation of the iPad, which is expected to be announced within weeks.

Apple released iOS 4.3 to beta testers on Thursday and will make it available for download by the general public once testing is complete. Beyond adding multi-touch to the iPad, it also brings new features that will work on iPhone 4 and the latest version of the iPod touch, as well as iPad.

They include AirPlay support for third-party apps, the introduction of a revamped Facetime icon, and a feature that allows users of GSM equipped devices to set up personal hotspots that act as a base station for other devices. The beta code also reportedly makes reference to a service called “Find My Friends,” raising speculation that Apple plans to add social networking capabilities to its mobile devices.