Warning: Use of undefined constant fss_widgetOption - assumed 'fss_widgetOption' (this will throw an Error in a future version of PHP) in /homepages/36/d262899048/htdocs/TheGadget411/wordpress/wp-content/plugins/feed-subscriber-stats/feedsubstats.php on line 164
 Microsoft announces pricing for Kinect and a new Xbox 360 4GB console. 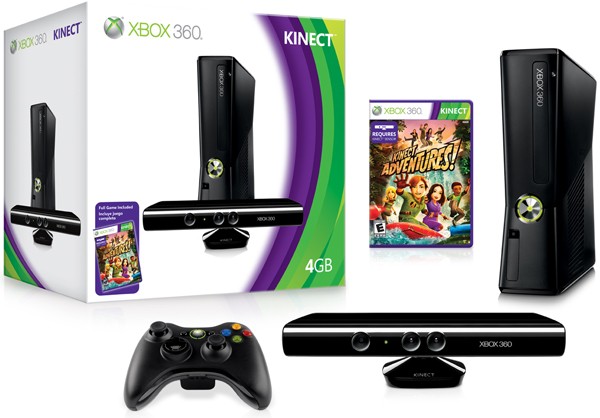 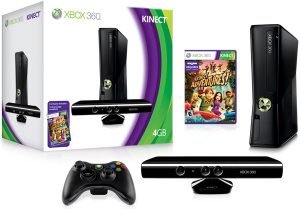 Microsoft Corp. today announced an all-in-one opportunity to jump into the controller-free fun of Kinect this holiday: the all-new Xbox 360 4GB console, the revolutionary Kinect sensor and “Kinect Adventures” packaged together for $299.99 (U.S. ERP). With “Kinect Adventures,” players will make their way through 20 adventures, navigating roaring rapids and ducking and dodging through mountaintop obstacle courses and other exotic locations – no controller, wand or balance board required. In addition, existing Xbox 360 console owners can purchase the Kinect sensor with “Kinect Adventures” for $149.99 (U.S. ERP). The sensor, which will work with each of the 40 million Xbox 360 consoles currently in households worldwide,1 is uniquely able to track your full body movements, respond to your voice and deliver a multiplayer experience right out of the box.

In addition, the new Xbox 360 4GB console, which begins shipping on Aug. 3 in the U.S., will be available for $199.99 (U.S. ERP). With a sleek new design, the Xbox 360 4GB console looks great and includes built-in Wi-Fi N, 4GB of internal flash memory, touch-sensitive buttons and a black matte finish.2

“Kinect for Xbox 360 offers tremendous entertainment value for the whole family,” said Dennis Durkin, Xbox 360 chief operating officer. “With full body, voice and the ability to play games with your friends right out of the box, Kinect is the most unique, complete and affordable way for everyone to enjoy controller-free fun and entertainment.”

With more than 15 games available at launch, living rooms will become fitness rooms, dance clubs and sports stadiums. Kinect games, including “Kinectimals,” “Kinect Sports,” “Kinect Joy Ride” and MTV Games’ and Harmonix’s “Dance Central” will retail for $49.99 (U.S. ERP). In addition to games, Kinect changes the way you experience entertainment by putting your favorite movies, TV programs, music and live sports from ESPN all in one place. Begin a movie by simply saying, “Xbox, play,” or browse through a music list with the wave of a hand. Kinect also creates new ways for friends and family to have fun together. With Video Kinect,3 share a smile with friends and family, as you open a window into living rooms around the world.

“I think Kinect is a major leap forward in the gaming experience that will appeal to both mainstream and casual gamers,” said Michael Gartenberg, partner, Altimeter Group, and author of the Engadget Entelligence column.
Starting today, select retailers are taking pre-orders for the Xbox 360 Kinect Console Bundle at $299.99 (U.S. ERP) and Kinect for Xbox 360 at $149.99 (U.S. ERP). Pre-order Kinect or the Xbox 360 Kinect Console Bundle today, and at launch receive a token to download three exclusive game levels for “Kinect Adventures,” the game included with Kinect.4 Those wanting more information or to pre-order now should go to http://www.xbox.com/en-US/hardware/wheretobuy.