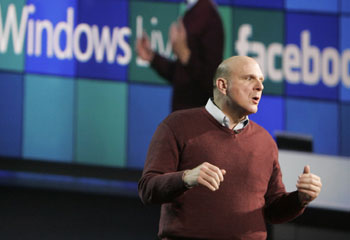 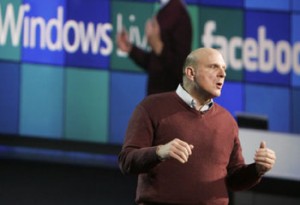 Earlier last week I got a chance to take a look at Windows 7 for the first time.I was impressed.It was very clean and had a noticeable improvement in speed and performance over Vista. It is still in the early stages and hopefully Microsoft doesn’t screw this one up.At CES they official announced the OS and details on the beta.

“I’m thrilled to announce the availability of the Windows 7 beta, which is on track to deliver simplicity and reliability,” Ballmer said. “Windows 7 and Windows Live are part of an incredible pipeline of consumer technology that is making it easier than ever for people to communicate, share and get more done.”

The beta version of Windows 7, Microsoft’s next-generation PC operating system, can be downloaded today by MSDN, TechBeta and TechNet customers. Consumers who want to test-drive the beta will be able to download it beginning Jan. 9 at http://www.microsoft.com/windows7.

Microsoft also announced the global availability of Windows Live, a free suite of communications and sharing applications. Windows Live makes it easy for people to communicate, share and keep their online lives in sync and in one place with one login. The new and enhanced Windows Live services – including PCMag.com 2008 Editors’ Choice winner Windows Live Messenger – along with Windows Live Mail and Windows Live Photo Gallery are designed to work seamlessly with more than 50 popular Internet services. Ballmer also announced new alliances with the following companies:

– Dell Inc. In February, to offer a comprehensive experience for consumers to connect, share and personalize their content, Dell will offer preloaded Windows Live Essentials (a free suite of applications for instant messaging, e-mail and photos that complement Windows Live on the Web) and Live Search on a majority of its new consumer and small-business PCs globally.

– Verizon Wireless. Under a new five-year relationship that covers mobile search and advertising, Verizon subscribers in the U.S. will be able to use Live Search to search for local business and shopping information; access maps and directions; perform general Internet searches; and find ring tones, games, wallpaper and other online mobile products and services.

Together with Internet Explorer 8, currently in beta and releasing soon, Windows Live helps make the things people do most on the Web (searching, sharing and communicating) faster and less complex with fewer clicks, logins and customizations. Windows Live is now available for download at http://www.windowslive.com/explore, or automatically via Microsoft Update for current customers.

Microsoft demonstrated new features and key improvement in Windows 7 based on listening to the needs of customers. Windows 7 is designed to do the following:

– Work the way consumers want. With Windows 7, Microsoft paid special attention to performance, reliability, security, compatibility and battery life. The company is on track to deliver a great experience that will allow customers to spend more time doing the things they want to do, without the operating system getting in the way.

– Make everyday tasks faster and easier. The more streamlined and intuitive design of Windows 7 is intended to simplify the things people do every day on their PCs. Desktop improvements make using the PC easier and provide immediate access to the applications and files people use most often through features such as Jumplists, Previews and the new Taskbar. The new Home Group feature makes it easier for consumers to connect multiple home PCs together to share printers and access files, music, photos and videos. Device Stage makes connecting and working with devices easier than ever with a single interface to manage devices and run common tasks. New multitouch technology in Windows 7 will enable people with touch-screen monitors to use multiple fingers to interact with their PC screens in a more intuitive way.

– Offer a better entertainment experience. Consumers today have access to more digital media and are increasingly using the PC as the hub of their electronic experiences. The “Play-to” feature in Windows 7 allows easier streaming of music, video and photos to devices in a home network. Windows Media Player and Windows Media Center in Windows 7 have built-in support for more media formats so people can use their PC to play more media content and sync it to a broader range of devices. As an alternative to monthly digital video recording (DVR) fees, Windows Media Center, available in some editions of Windows 7, with a TV tuner and improved user interface, makes recording TV free and easy.

Microsoft’s president of the Entertainment & Devices Division, Robbie Bach, shared the stage at CES with Ballmer. Bach addressed Microsoft’s unique ability to deliver entertainment on virtually any screen that consumers commonly use today, including the PC, TV and mobile phone.

Despite a tough holiday and economy, Xbox 360 registered its biggest year ever, driven by record sales at retail with 28 million consoles sold to date, an 84 percent jump in online consumer spending, and Xbox LIVE membership that has grown to 17 million active members.

“Not only is Xbox 360 one of the world’s leading next-generation gaming consoles, but with partners like Netflix, it is one of the world’s leading entertainment devices, period,” Bach said. “With 28 million consoles sold worldwide, an active online community of 17 million members, and more than $1 billion spent on Xbox LIVE since the launch of the Xbox 360, it’s clear that consumer demand for these great entertainment experiences has never been higher. We’re only beginning to scratch the surface of what’s possible with Xbox.”

Bach shared how consumer demand for connected TV experiences is growing and announced the Mediaroom platform has reached nearly 2.5 million subscriber homes worldwide, an increase of more than 1.5 million new connections in the past year alone. The award-winning Microsoft Mediaroom is driving the future of television by enabling broadband service providers to deliver new connected TV and entertainment experiences to consumers around the world. Bach also unveiled a groundbreaking feature called Mediaroom Anytime that lets subscribers access previously aired shows directly from the Interactive Program Guide without any pre-planning or prior DVR recording.

Bach discussed how Microsoft is making it easier than ever for people to synch their entertainment content across the screens in their lives. This month, Microsoft and Netflix, the world’s largest online movie rental service, will offer software that enables Windows Mobile customers to update and view their Netflix movie queue. Changes will appear instantly on Netflix on Xbox LIVE, extending the existing service that launched in November. Xbox 360 is the only game system that lets people instantly watch thousands of movies and TV episodes streamed from Netflix, many in HD.

Bach also spoke about how Xbox 360 and Xbox LIVE are transforming the way people enjoy interactive entertainment at home. This spring, Microsoft will introduce a new interactive entertainment genre with the premiere of the Xbox LIVE Primetime channel, which brings together the best of TV and gaming. Xbox LIVE Primetime will debut with an online version of the popular TV show “1 vs. 100” that enables thousands of gamers to play together with real hosts and compete for real prizes.

In addition, Bach talked about the outpouring of creativity from the Xbox community since the announcement of Community Games in November, with over 100 new games available for anyone to play. He highlighted an upcoming Xbox LIVE Community Game called “Kodu,” launching in the spring, designed to help anyone from age 7 to 70 create their own video games.

Additional information about Microsoft at CES 2009 is available on the Microsoft CES Web page at http://www.microsoft.com/ces.

Founded in 1975, Microsoft (Nasdaq “MSFT”) is the worldwide leader in software, services and solutions that help people and businesses realize their full potential.

Note to editors: If you are interested in viewing additional information on Microsoft, please visit the Microsoft Web page at http://www.microsoft.com/presspass on Microsoft’s corporate information pages. Web links, telephone numbers and titles were correct at time of publication, but may since have changed. For additional assistance, journalists and analysts may contact Microsoft’s Rapid Response Team or other appropriate contacts listed at http://www.microsoft.com/presspass/contactpr.mspx. 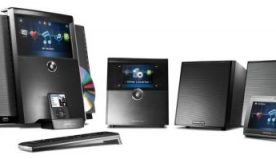 Cisco is Looking to Take Over Your Home (Audio)