Google to Prepare for reCAPTCHA in Latest Update 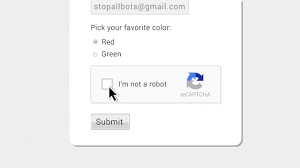 The engineers at Google are known to have been working on a better and improved version of the reCAPTCHA structure. The system will make use of the computer’s algorithm for differentiating among the automated robots and real human beings. All the aforementioned distinguishing is to be done sans any user interaction. Google had been trying to do away with the CAPTCHA since quite a while. But now, the company is all set to make it an invisible and undetectable experience for the users. The new system will be called the Invisible reCAPTCHA. It is spotted by Windows IT Pro.

However, this is not the first time, Google is foraying into the CAPTCHA streamlining or the Completely Automated Public Turning test to tell Computers and Humans Apart. In 2015, the tech giant released a system which required the users to just tick a box beside the “I’m not a robot.” under its NO CAPTCHA reCAPTCHA. But this is in contrast with the CAPTCHA procedure which the task makes use of for typing a word, which are more often than not related to the undecipherable letters; or solving a puzzle.

The reCAPTCHA service is still in the development stage yet it is open for sign-ups. Any kind of webmaster will be able to extend help to the tech giant in testing its latest technology. The Invisible CAPTCHA comes after a gap of two years post the revolutionized Google CAPTCHA technology with the release of No CAPTCHA reCAPTCHA facility. The service wants the users to click a checkbox rather than solving difficult visual puzzles that are made up of numbers and words. The service has without any doubts has helped in reducing the time spent on the need to fill forms as well as maintain a consistent level of detection of spam. All of the aforementioned things have helped people in becoming used to the reCAPTCHA facility.

But the No CAPTCHA reCAPTCHA has had its fair share of controversies. During last winter, the CloudFlare was accused by Tor team for forcing the users for verifying themselves via reCAPTCHA visual patterns when they wanted access to the websites that are protected by CloudFlare. On a different note, the introduction of the Invisible reCAPTCHA won’t do much for improving the condition of the Tor users. This is because the CloudFlare will likely to force them to resolve the puzzle problems in case they the IPS used are from some past suspicious actions. But CloudFlare is trying to work on an alternative for the same.

There has been no evolution of the No CAPTCHA reCAPTCHA from Google’s Advanced Risk Analysis engine which will actively take into consideration a user’s complete engagement with the CAPTCHA, prior, post and during, for determining if the user is really human or not. Google was asked by CNET for commenting more on the entire issue of how the invisible re CAPTCHA is supposed to work. However, the websites that want to make use of the Invisible reCAPTCHA are to sign up on the tech giant’s reCAPTCHA website.