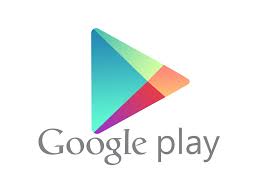 One of the nicest things about owning a smartphone is that one can easily authorize automatic updates that allow the device to get the latest versions of all sorts of applications from PlayStore. New features, bug fixes and even security updates are delivered to the phone even when one is inattentive. But, Android users are always bombarded with the unending stream of application updates, their smartphones subject them to. Although the app updates are smaller than a whole download, they still use up a lot of data.  It takes up a lot of time as well. Anyone using an Android phone will agree that the application updates have sucked up more than few hundreds of megabytes from their data packs while updating their phones. But the aforementioned things will not happen anymore. The engineers at Google have figured out a better solution the application update problem. Also, earlier in 2016, Google did dish out some incremental alterations for the Android users.

The Google engineers are all set to launch a new approach to the never ending application updates which promises to entirely reduce the update size via file-by-file patching. The outcome of the aforementioned patches tends to be approximately 65 percent smaller in size when compared to the specific application. There are also times, when the size reduction can be upto 90 percent. During apt situations, the size reduction can make a huge difference among updating applications while one is using cellular networks versus while holding up till spotting a Wi-Fi.

The ability spins around finding alterations in the uncompressed files. In other words, the application files aren’t squeezed into a conventional application package. The technique involves with the decompressing of the former and latter application versions for determining the changes between creating a patch and files. After the aforementioned decompression is done, updating is all about unpacking of the application on one’s phone, implementing changes as well as compressing the files yet again. The patching concept is very different from the earlier bsdiff algorithm that Google made use of for reducing the size of the file in the PlayStore. The algorithm only reduced the size by 47 percent.

However, people still shouldn’t be expecting the aforementioned shrink in update size while hitting the ‘Update’ button now. Google is restricting the latest patch technique to the automated updates only. This is because it needs additional processing power and maybe takes some extra time with respect to older hardware. The latest Pixel XL will fire through the shrunken update size but people using Moto G might take some more time. The benefit of the reduction in the updated size is performance enhancement of the phone with time. People can expect to see the reduced size for all the updates after the baseline performance is elevated sufficiently.

In other news, Google has been testing some latest features for its PlayStore almost every other day. Additionally to the improvement with the back-end services, the tech behemoth is also working on some UI changes.