There are users that have wanted to spice up their Facebook profiles without doing anything much but ended up with nothing. But things are about to change for the better. Facebook had come up with video profiles as well as temporary profile pictures in the past for creating some sort of excitement for the users in the past. However, now the company is all set to unveil a new feature for the videos and images on its website.

Of late, Facebook has been trying pretty hard to duplicate Snapchat. Since the last few months the social media giant has went on to add varied features which the experts claim are heavily inspired by the ghost mascot application. The latest feature introduced by Facebook is a proof of the aforementioned statement. The social media network makes use of the Camera Effects Platform; the Facebook users can create their very own frames to go with their profile pictures and videos. However, this in turn doesn’t allow the users to showcase whatever they want on their page because one needs to get an approval from Facebook for the creations.

The latest customised frames for pictures and videos aren’t targeted only at individual users. They are also towards the event planners organising parties or weddings as well as the businesses that run via the Facebook network. In case, the users want others to make use of their customised frames. The aforementioned sharing is very similar to what Snapchat offers for the customised Geofilters. 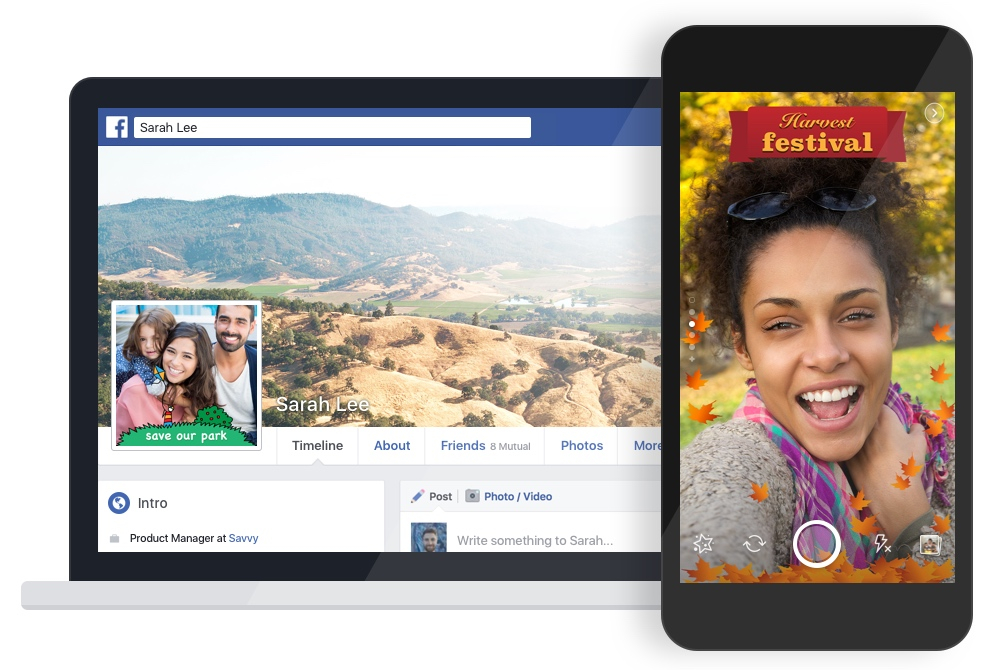 As per Facebook, frames are a very innovative way by which people can have fun and show their support at the same time. The addition of the customised frames option will add a latest customisation layer to the social media giant’s website. But the best part is that if a user is a graphic designer, then he or she will be able to create one’s own frames which the other users can easily use. The feature is nothing but graphics that can be used over the pictures and videos. Users also have the option of adding their location details in their customised frames. These details can be used for representing their neighbourhoods, cities or landmarks.

Facebook has also posted a full-fledged guideline about how the designs should be used for creating frames which can be used in an effective and efficient way by other users. The company also stresses on the fact that the used graphics should be completely original. In other words, a user cannot use content that is already copyrighted. In case copyrighted content is used it will ultimately be taken down.

Thus, all a Facebook user needs to do is log in to their Facebook account and simply follow the steps on the page. The users are to save their work of art in the PNG format alongside a transparent background before uploading it on Facebook. Also, the user needs to arrange the design to aptly fit the template on Facebook. And voila! The customised frames for the profile pictures and videos will be created in no time.