BMW is opening a new self driving development center near Munich 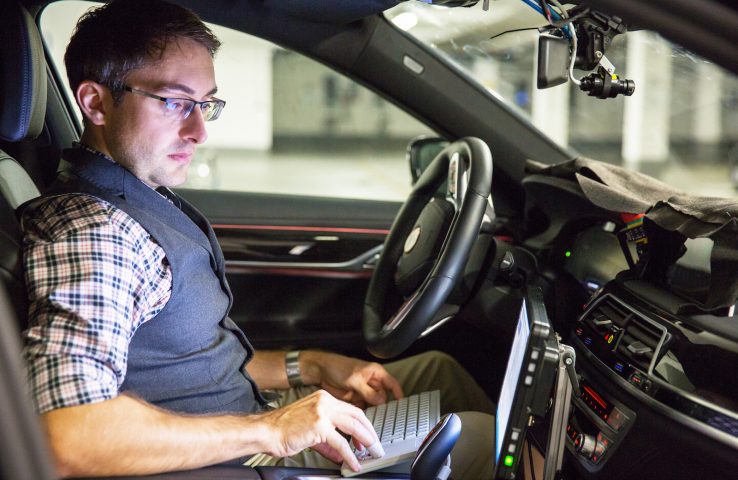 BMW is already in news as the firm has staked its claim in the autonomous driving production. BMW has plans to launch a self driving electric car by the year 2021. Thus, in order to meet this goal, BMW is opening a dedicated plant. The facility will aim at developing the automated and connected driving tech near Munich in Unterschleissheim, Germany. The plant is said to begin its operations in the middle of next year. It is going to host more than two thousand employees once it is totally completed. So, this definitely seems to be great news for various enthusiasts and fans.

Each and every aspects of development have been planned for the new plant. The talent team present at the location will pool several groups from around the globe. They shall bring together software engineers, machine learning experts and many more, all under one roof. BMW says that it will make it absolutely possible to streamline the developmental process for its cars. This would allow the engineers to write code. Then it can be put live in a test mule on location in order to see how it works and then they can gather feedbacks accordingly.

So, it seems that the firm is all set to make it really big. The facility and the plan related to it seem promising as well. The carmaker has always been a popular name in the entire car manufacturing industry. So, the upcoming new self driving development center near Munich is going to be a great support for the firm which would surely help them reach their goal with exactness. The focus of BMW here seems to be on making its tech oriented development teams more active, agile and responsive. It is likely that the firm will be able to accomplish this goal by bringing the separate small groups within reach.

Other car manufacturers and suppliers have taken such similar steps already. Several automakers have chosen to open their engineering plants in Silicon Valley. This decision has been taken since it is going to be quite closer to the software development talent pools. On the other hand, North American carmakers like General Motors have a few different locations for its work on autonomous cars which include Oshawa and Detroit. They are also deciding to stick closer to home. So, it remains to be seen how efficient these plans and initiatives proves to be.

BMW will begin to test its self driving technology near its new plant in Munich. The company has targeted to begin the test sometime in the next year. So, we do hope for the best and let us see what is there in store for us. Self driving techs from BMW would definitely be something promising for the users. However, before launching such a technology, it is always important to analyze each and every thing thoroughly. Hence, setting up an automated driving development center is always important. Once the testing will start, the other part of the project will progress promisingly too.

Uber forced to remove their vehicles from the stre...
NVIDIA is testing its self driving car in Californ...