The Motorised slider by Rhino is currently among the coolest gadget of the technology world. It is basically a professional motorised camera slider that allows you to capture some amazing time lapse and live motion shots. It is provided with a very intuitive, simple, user friendly and battery powered controller using which you can control the speed, motion and direction of the slider while sitting at a remote distance. Isn’t it amazing? Undoubtedly yes. The system is exclusively designed keeping the needs of the buyers in mind. The basic Evo with 2 foot carbon fibre comes at a decent price of $450 whereas the stainless version is of $500. The prices are different on the basis of length too. Like for buying 42-inch version, you need to pay around $600.An additional amount of $550 is charged for the exclusive Rhino Motion System. So, the money which you need to pay for purchasing the 2 foot Evo provided with 2-foot carbon fibre and Rhino motion is around $1000. Here are some ravishing attributes of this cool techno-gadget. 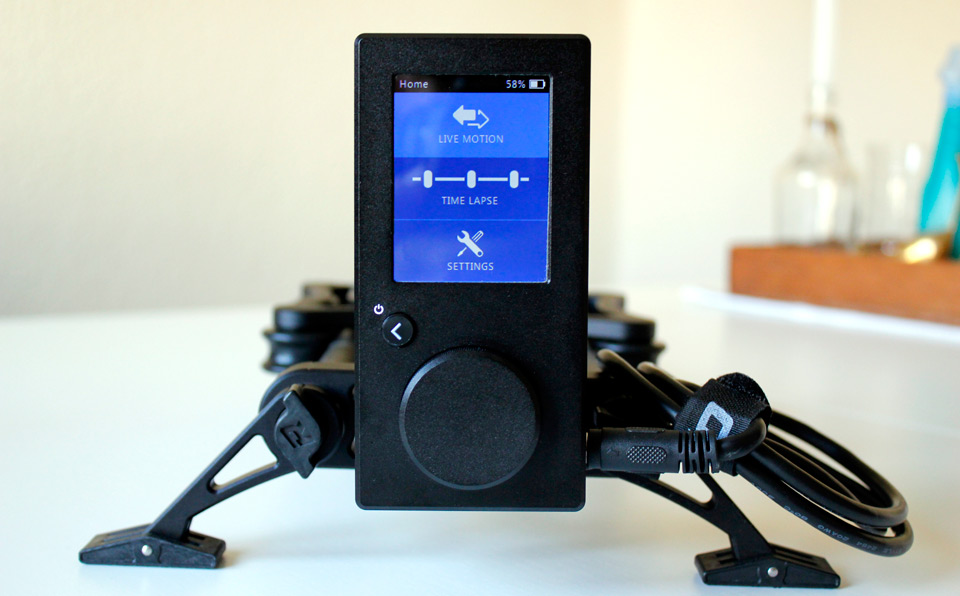 Celebrating the success of early model, Kickstarter campaign has recently unveiled the new member of its line: the all new and amazing Rhino Slider Evo that offers you a noise less working environment. The motor noise is nearly eliminated that allows you to do the live action filming without re-recording the audio. It’s nice to work with a device in which you can barely hear any kind of operating noise. The stealth drive technology is used for making this ultimate product.

When the Rhino Slider Evo is connected with the Rhino Motion is offers an amazing auto limit sensing. This clearly means that you can easily drive the camera as it is provided with automatic position sensors for providing utmost safety. Even at high speed, it automatically becomes slow when it comes close to the bumper. It’s really a smart device.

The safety measures are not just restricted to the motion slider but the remote controller is also provided with the in-built magnets which will provide safety to the controller on the motor. Hand free operation is provided with this Rhino Product. It will allow you to use the hand free for getting more focused.

The controller which is provided with the Rhino modular motion camera slider possesses several ports for connecting the motor, updating software, charging the in-built battery and also for interacting with the camera.

Evo is known for its flawless design. Latest tools and technology is used for designing it as a single integrated system that will set a new benchmark to the filming experience. You can conveniently use the Rhino motion for getting repeatable movement. This device comprise of Tool-less components that will contribute a lot in improvising your workflow as a film maker. It is highly portable and you can easily carry it wherever you want. You can easily place the fully assembled system in a customised carry bag and can store it safely.